Thank you for submitting a review!

Your input is very much appreciated. Share it with your friends so they can enjoy it too!

Great tape to protect the thumb in a hook grip

It sticks well and provides excellent protection when using a hook grip. I don't use it when doing single heavy lifts, as I want to toughen up my hands. I use it mainly when doing multiple lifts. 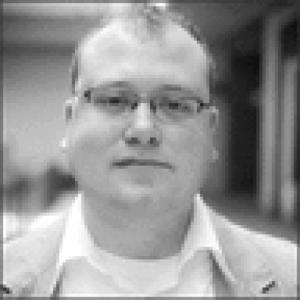 I've tried quite a few tapes designed for olympic lifting and crossfit, and heard good things about this brand. I've used just over two rolls of the four rolls I purchased, for cleans, snatches, and deadlifts, and to be honest, it's been a bit disappointing compared to other, cheaper tapes. Firstly, the tape seems to be less durable than cheaper tapes. There's been several times when I've had to reapply it because it's worn through, especially around the inside of the thumb. A problem I haven't had with other brands. Secondly, when wrapping the tape around your fingers, the tape rips less cleanly than other brands, so I often end up with twisted ends from fighting to tear the roll off at the end. Thirdly, the adhesive gets everywhere. With cheaper tapes I will sometimes have residue left on my hands when I remove them. With this tape, the adhesive oozes onto the bar, my water bottle, clothing - it seems to get everywhere. It also makes the area between your fingers sticky. And it's difficult to remove. Even after washing my hands, and showering, I'll still have some left on my fingers. It takes quite a bit of effort to get the excess adhesive off the bar, plates, and my gear as well. Finally, and this is probably just an issue with the white version of the tape - it looks dirty almost instantly. Grime from the bar and plates makes your hands look grungy quickly. And the excess adhesive which seems to ooze out of the tape makes dirt stick to the areas of your hands without tape as well. And blood. Unlike a black tape, if you wrap a cut or tear, the blood soaks and shows through the tape. One area that the tape does seem to do better at than the cheaper brands is that the excess adhesive seems to do a better job of adhering to chalk. But overall, I think I'll stick Lyft-RX or one of the cheaper brands.

I was skeptical at first because I was used to goat tape, and i wasn’t sure if this will really stick. Not only does this stick, it’s also very flexible, way more than the goat tape. Only downside is that the sticky parts don’t come off easy and leave markings, takes awhile to scrub them off. Still recommend this 10/10

Best tape I have used(goat included)

I have used this tape a few times and its the best I have used. I can do a CrossFit WOD without having the tape slide down my thumb. One of the most annoying things when trying to do a number of snatches and the thumb tape keeps sliding off loosening my hook grip. Granted, goat tape won't slide as well but it not flexible and I find it harder on the thumb. I have used a few other stretch tapes before but the glue has never been strong enough to hold the tape in place thought-out the workout. This tape offers the same padding and flexibility as those others as it helps me just a little when doing heavy deads or cleans. It will leave a little residue but not as much as the goat tape. For me, it holds in place, is flexible and leaves very little glue behind. At this point I have no reason to try any others.